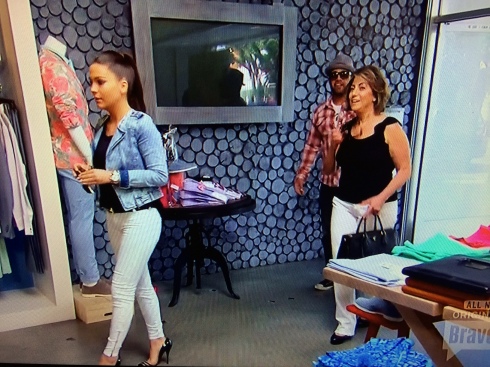 NeNe Leakes in a Canadian Tuxedo on #RHOA

Mrs. Linnethia Leakes was seen in a Canadian Tuxedo at her clubhouse on the Real Housewives of Atlanta last night. She’s pictured above still having fun before leaving early as some of the ladies were up to three hours late. I still don’t get why she’d have a party these ladies, who always seem to be Tardy For The Party … but I do love all the double denim they rock in Hotlanta. Keep it up, ladies.

Spotted: Marlo in a Canadian Tuxedo on I Dream of #NeNe

All she had to do was stay in all this denim to be perfectly blue at NeNe’s party. We hope you learned a valuable lesson, Miss Marlo. Tisk tisk.

Someone needs to call Miss Lawrence and Derek J, because this Pageant Queen needs some fashion advice. STAT.

Tonight on one of my  guilty pleasures – the Real Housewives of Atlanta, we met the pageant director above, who showed up to a meeting in that not-so-dope Canadian Tux.

Thank God for Lawrence, who appeared later in the episode to show the world how to rock the double denim – with heels. Work. 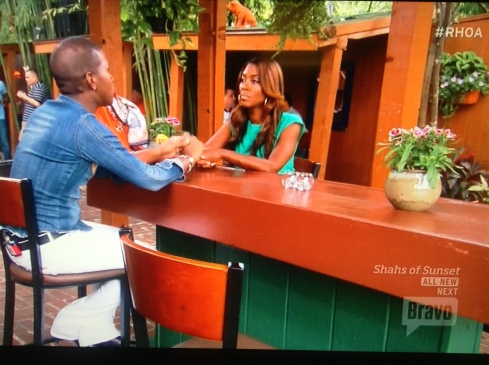 What’s that? Bethenny Frankel in a Canadian Tuxedo

Skinny Girl Bethenny Frankel was seen rocking the double denim while on a stroll through NYC with her adorable daughter Bryn Hoppy. How cute is Bryn in that denim jacket and pink cowgirl boots?

Spotted: Brad Goreski in a Canadian Tuxedo, or two

I’m taking this as a sign that we will be friends one day. My dream best gay, Brad Goreski, was rocking denim-on-denim in last night’s episode of It’s a Brad, Brad World not once, but twice! These aren’t the first Canadian Tuxedos I have spotted this season. Did anyone else notice that guy in double denim skipping across the street in NYC last week? Hilar. 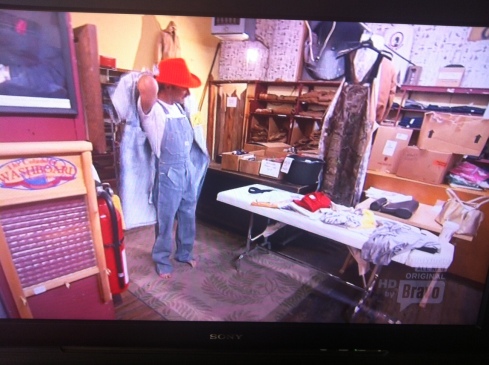 Even the General Store owner was in a Canadian Tuxedo. 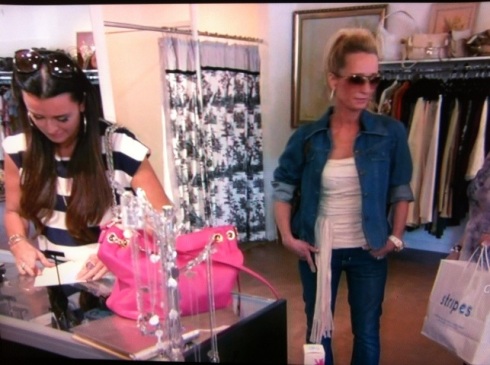 Just seconds before yet another painfully uncomfortable emotional breakdown on the Real Housewives of Beverly Hills, Kim Richards was seen in double denim with Kyle Richards at their sister Kathy Hilton’s vintage boutique Designer Archives.

Stayed in tonight. Caught this one on Bravo. Sonia Morgan in her butler’s apron.