While the Internet’s a blaze with Grammys fashion buzz, we’re still drunk in love with this little number spotted at the Levi’s Pre-Grammy Party we spotted at the Hollywood Palladium on Thursday night. Pictured above is Christa Jayne of Fashion or Famine in vintage Levi’s 501s, H&M denim top and some sexy stems by Pour la Victoire.

Thank you, Levi’s, for a one-of-a-kind night, which kicked off with Diplo joined by Skrillex. Good move warming up the crowd, because next up was an epic Snoop Dogg show complete with performances by OT Genasis, Too Short, Kendrick Lamar, Miguel, Chaka Khan and Pharrell. 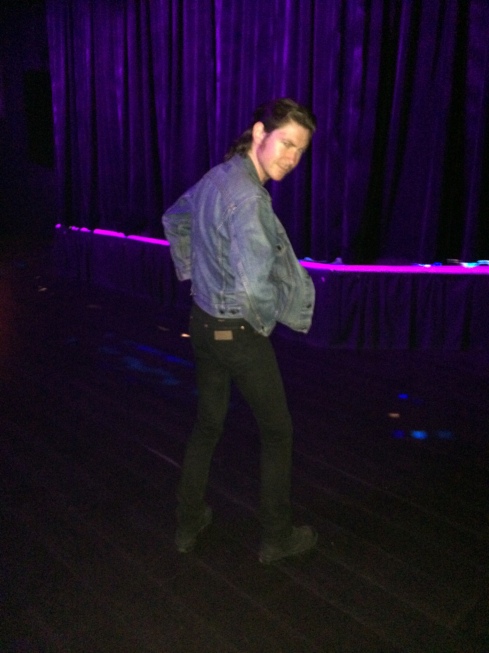 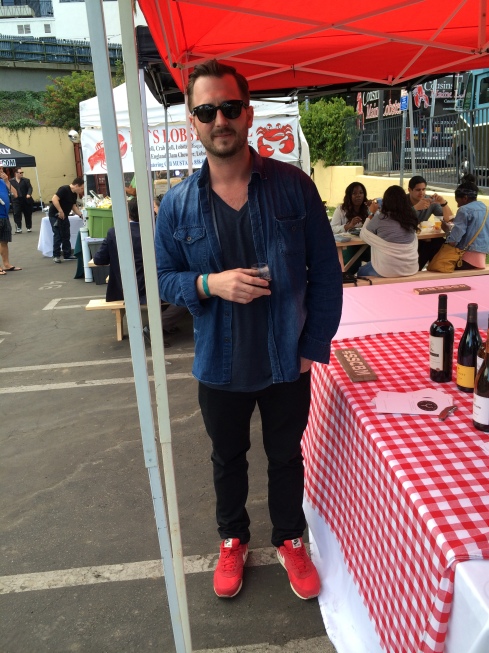 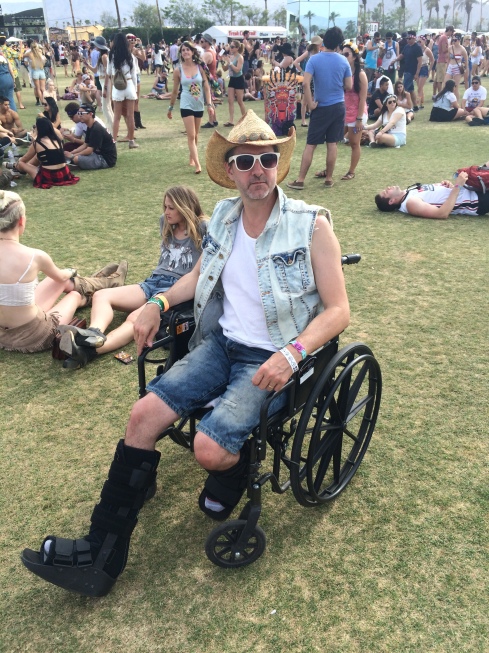 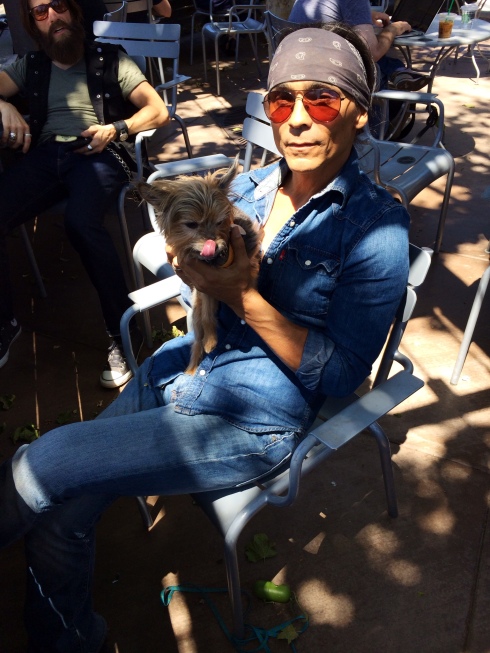 This biker and his pal joined my dog and me in the shade one hot, sunny day in Los Angeles. He’s seen here keeping it real in Levi’s jeans and top, while showing a softer side, bonding with my Yorkie, Rocco.

Holy Sh*t with this Canadian Tuxedo

Can you say PARTY IN THE BACK? OK, so I’ve been somewhat uninspired with this blog and the Canadian Tuxedos I find around Los Angeles. That is until last night, when this magical display of denim appeared at the new Plan Check Kitchen + Bar on Fairfax. Meet Sean Cabezas, who’s seen above in Levi’s jeans, Sperry slip ons (not the denim ones?), an H&M button down, Zara hat and the pièce de résistance: Sean’s dad’s vintage bedazzled denim jacket with a pinned on patch he had made from his favorite film Eyes Wide Shut. Color me inspired. 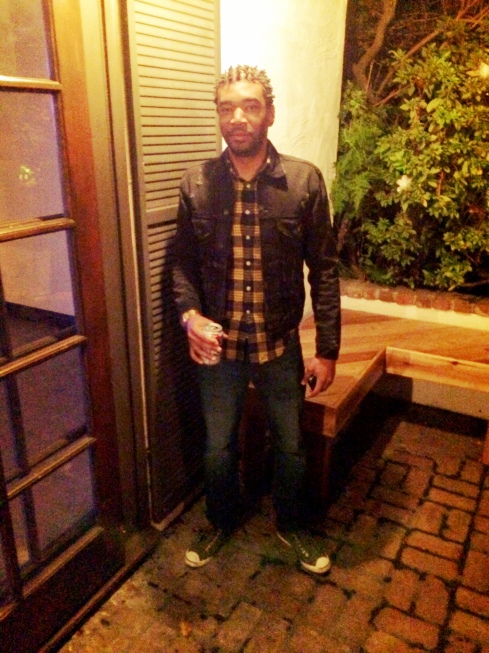 An extremely busy few weeks has gotten me all sorts of backed up on blogging, but I have a lot of great stuff in the queue coming your way, starting with this photo of Chris Lakey, vice president of film and TV at Kobalt Music Publishing, who I met at Levi’s Haus a few weeks back. Chris is representing in some Levi’s jeans and a denim jacket by Ralph Lauren.

Levi’s own Joni Kilmurry looking as adorable as ever head-to-toe in Levi’s at Levi’s Haus right before Volcano Choir performed on Monday night.  Related: How do we get a job at Levi’s? Shop Levi’s looks —>>> here.

Because what else are you going to wear to a Levi’s party? Last night, outside of the celebrity-studded Levi’s Haus in West Hollywood, I met Jeremy Gabriel head-toe in, what else? Acne Studios. While I love this denim-on-denim ensemble, I cannot take my eyes off of those shoes. Almost amazing as Acne’s new space in Downtown LA.