Kim Kardashian in a Canadian Tuxedo!

Gwen Stefani – the always fashion-forward designer and songstress – was seen rocking the double denim while in Paris promoting No Doubt’s Push & Shove yesterday. She’s being panned by some for the look, but we’re loving the raw denim suit. Think it’s L.A.M.B.?

Kim Jones unveiled some interesting denim looks for Louis Vuitton S/S 2013 at Paris Fashion week. This is our fave. Check out The Denim Guy for more double denim looks from LV.

Diane Kruger was seen earlier this week at the Chanel Haute-Couture Show as part of Paris Fashion Week in a denim dress from the Spring Resort 2013 line. Gorg!

Another Canadian Tuxedo by Chanel 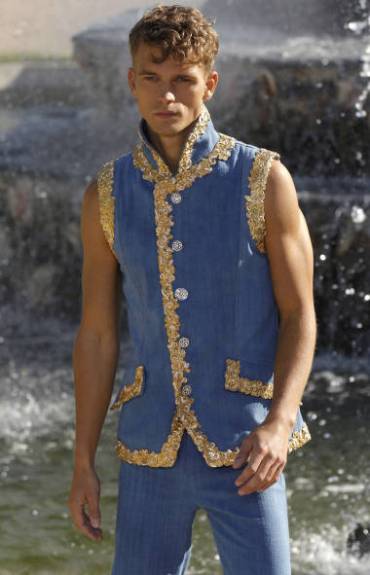 We are just loving Uncle Karl’s recent obsession with denim. Karl Lagerfeld has once again created another stunning, slightly ironic take on the Canadian Tuxedo for Chanel. Keep it up, Karl. We’re picking up what you’re putting down.

We can hardly contain ourselves! How incredible is this father-son duo? Model Brad Kroenig and his three-year-old model son, Hudson, rocked this AMAZE Canadian Tuxedos at the s/s 2011 Chanel show at Paris Fashion Week. How are we just now seeing this? Lucky us, The Daily Mail posted this picture in their story about little Hudson, who is probably the youngest supermodel working. He even calls Karl Lagerfeld, “Uncle.” Hearts to one of the coolest kids out there.

Look out RL, Jemaine Clement and Dan Auerbach. Rihanna is looking to steal your crown and become Queen of Double Denim. The pop princess was spotted again in a Canadian Tuxedo. Today in Paris, where Rihanna will be performing next week. 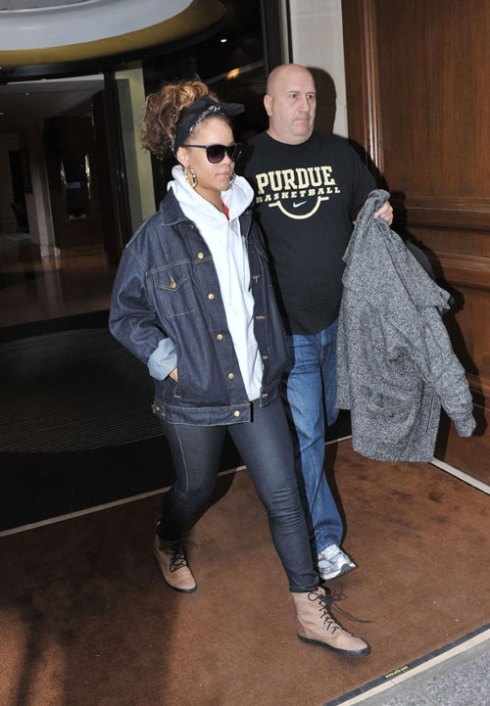 Thank you Karla B. for sending this one our way. Via Celebuzz.com, newly wed Reese Witherspoon was spotted in a Canadian Tuxedo while shopping in Paris. It appears that her handler is rocking one, too. We like it. We like it a lot.