Spotted: Us on the cover of the Wall Street Journal!

Holy sh*t! What a start to the day! Our efforts to not only support the term, but promote the double denim look, a.k.a. the Canadian Tuxedo, have hit all new highs as we found ourselves on the cover of the Wall Street Journal today! Team Tux thinks this look is amazing. And elegant. Chanel even makes Canadian Tuxedos (Thank you Uncle Karl).

Let us know what you think and have a great weekend!

Me in a Canadian Tuxedo at #LAPride 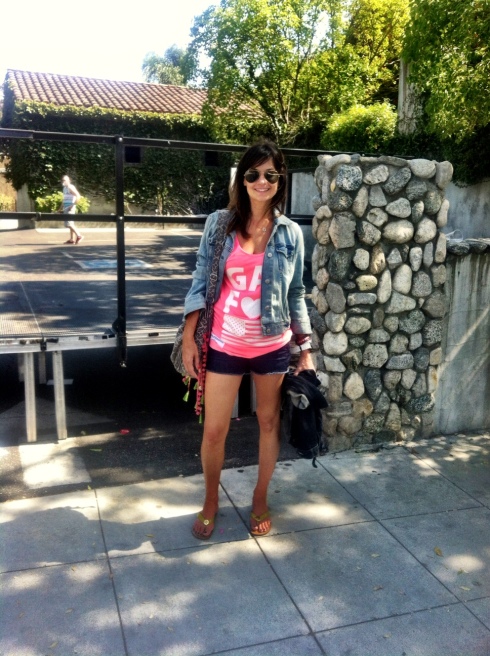 Yesterday I had the best time ever passing out Gay For America stickers to people at LA Pride (sometimes my job doesn’t suck too bad). Some GFA fans stopped me on my way home in West Hollywood to snap a photo of me in my Gay For America shirt and Gap shorts and jacket. Well be launching Gay For America later this month, but you can get some goods now here. To see all my photos from LA Pride, visit our Facebook page here. 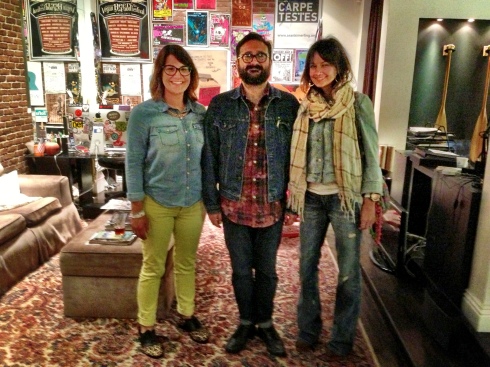 Yep. We got the memo. Tonya Cooke, Alf LaMont and I draped ourselves in denim and toasted Nic Adler‘s 40th last night (after taking in some live music at the Sunset Strip Market). Alf is in a Levi’s denim jacket and jeans from H&M. I’m on the right in Current/Elliott jeans and a Gap denim jacket. Tonya’s on the left, and I must’ve toasted Nic a few too many times because I cannot remember what she’s wearing, but I like it.

Me: In a Canadian Tuxedo in Columbus, Ohio 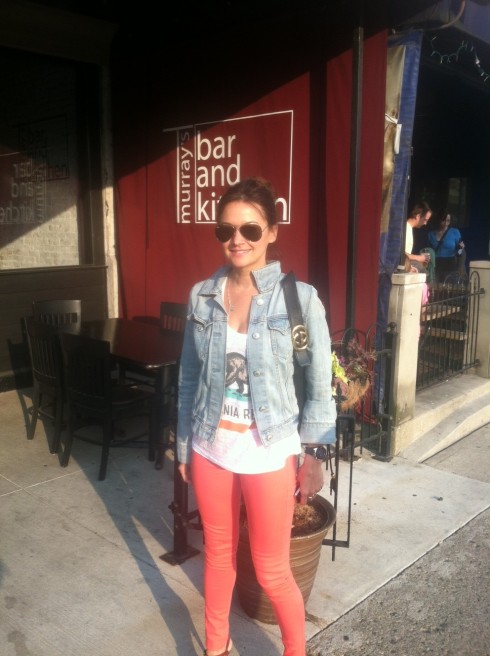 Here I am in my new James Jeans Twiggy denim leggings in coral I picked up at Rowe in Columbus, a California flag t-shirt from Essex Clothing on Melrose in LA, vintage Gap denim jacket in front of my friend Tony Murray’s place, T. Murray’s Bar and Kitchen in the Brewery District.

Lucky me met Lucky Brand’s VP of Merchandising Joshua Weiner in a major Canadian Tuxedo last night at Palihouse. Joshua was representing his brand well in the soon-to-be-launched Riviera Club X Lucky Brand jeans, Lucky Brand shirt and Robert Geller jacket. Loving all the Lucky looks and was super fortunate to have been included in a Lucky Brands shoot for Champagne and Heels earlier this year.

Spotted: Me in a Canadian Tuxedo at Starbucks in Los Angeles

I caught my reflection in the window of Starbucks on Melrose and Stanley in Los Angeles this morning. The girl behind me has to think I’m a bigger narcissist than I actually am. Here I am (holding my prize pooch Rocco) in vintage Levi’s cutoffs and my denim Gap jacket from high school (guess that would be considered vintage, as well), Splendid circle shirt, Gucci bag and TOMS gold herringbone shoes. Fedora from a street vendor in Venice. Minutes later, I was Punk’d on Break.com. More on that …

Spotted: Me in a Canadian Tuxedo in Arizona 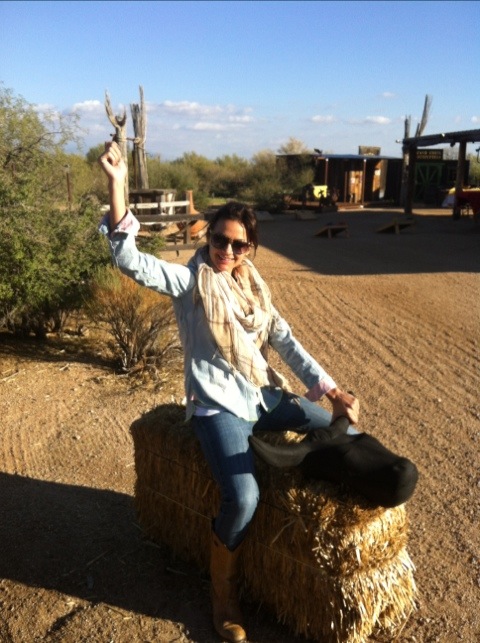 Not that this is an uncommon sight (speaking purely of wearing double denim), but here I am in Cave Creek, about to embark on a two-hour horseback ride through the stunning, tranquil desert. I’m seen here in some old Chip & Pepper skinny jeans, denim button down by Arnold Zimberg and vintage boots I picked up for $20 at American Superior Vintage on Melrose. Can’t recall who made the scarf, but I got it at one of my favorite spots to shop, Milk in LA.

Canadian Tuxedo for the iPhone 4

Since you moved back to Chicago … and since I never see you anymore, I have one question. Will you do me the honor of becoming my iPhone 4  sister? I found these dope ass denim covers and all.

Eric Sagun pictured in a denim button down by Billy Reid and jeans by Citizen’s for Humanity; Gretchen Schneider in vintage denim jacket by Gap and Levi’s 501 cutoff shorts.

Anyone who is Facebook friends with Dope contributor Kelly Ryan O’Brien and me knows that we have a series of dick jokes that just won’t quit. It usually involves my dog Rocco in various situations with a caption “Dick on a …” Friend Kelly and me and see for yourself.

Anyhoo, met photographer (and Canadian) Trevor King at Karla B.‘s last night. He really seemed to fancy a little Dick. Of course a dope ass photographer would roll in a Canadian Tuxedo. He’s seen below in NEUW jeans and a vintage denim shirt by Levi’s.

Um, why didn’t I start this blog earlier? Look at all the cute boys I’m meeting! 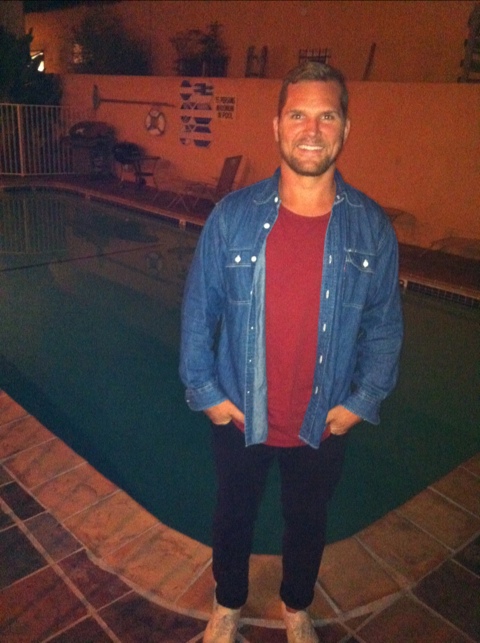