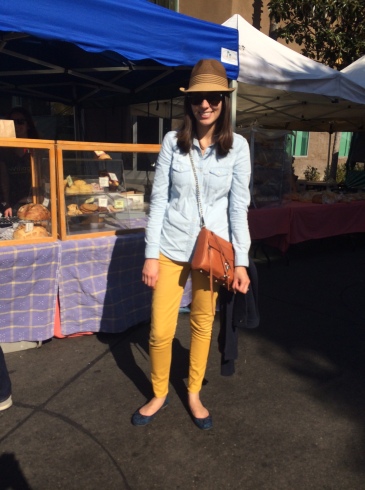 I spotted this lovely lady in a fall Canadian Tuxedo –  Gap denim shirt and Citizens of Humanity mustard jeans  – on Sunday at the Hollywood Farmers’ Market. 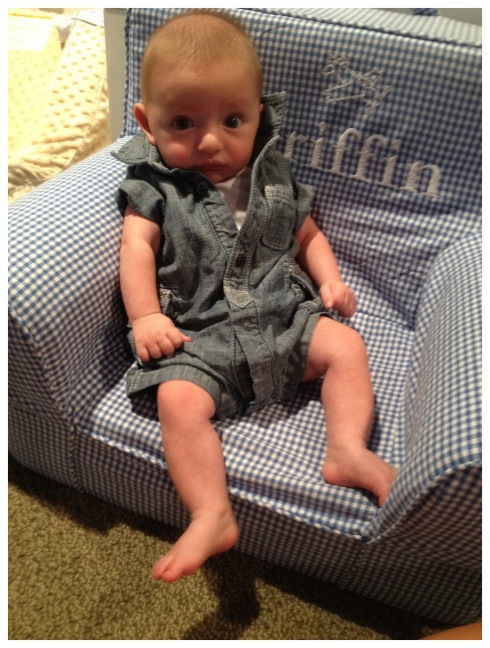 It’s been a while since we’ve posted about a baby draped in denim. Rachel S. just set us this picture of her adorable baby boy, Griffin, in a denim romper from the Gap. With stylish parents like his, we’re sure this isn’t the first of many dope ass Canadian Tuxedos we see on this kid. Watch out baby Egypt: Griffin is going to give you a run for the money in Hollywood.

Spotted: Me in a Canadian Tuxedo with Plain-Clothed Jesus

Even without his robe, Kevin Lee Light looks angelic. I ran into long-time pal and subject of another one of my blogs I Saw Jesus in LA at the Sunset Strip Market in West Hollywood last Thursday night. While Jesus was out and about in his plain clothes, I stuck to my denim on denim uniform:  James Jeans Twiggy denim leggings in coral I picked up at Rowe in Columbus, Ohio and my Gap jean jacket I still have from high school.

Good news for fans of both my sites: Kevin informed me he just got a denim Jesus robe. Can’t wait to see that look. 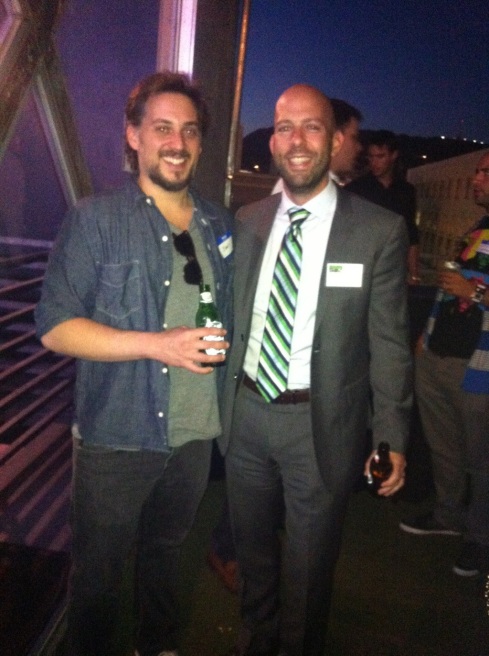 “I feel like Jackson Pollack when I wear it,” explained James DeJulio of  tongal, who is seen here at the What’s Trending rooftop studio in J Brand jeans and a Sunset denim shirt.

Spotted: Ray Dennis in a Canadian Tuxedo at #SMACLA

I meet so many random people by asking them if I can snap a photo of their denim on denim ensembles, but none quite as random as meeting Ray Dennis last night, who’s long been a good friend on mine via Twitter, but we had never met in person. Leave it to a Canadian Tuxedo to bring us together. Ray, founder of ONE MEDIA Marketing, is seen here at #SMACLA at the What’s Trending studios in Levi’s jeans and a denim shirt from Gap. 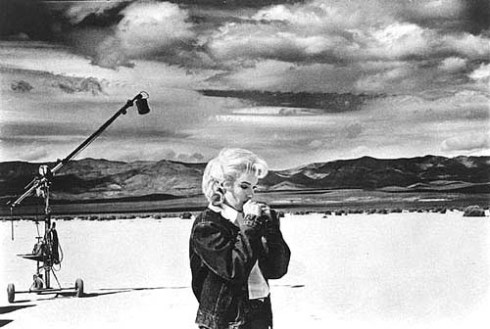 Who knew Marilyn was such a fan of the Canadian Tux? We just dug up this vintage photo of Miss Monroe head-to-toe in Levi’s on the set of The Misfits.

Spotted: Josh Hutcherson in a Canadian Tuxedo in Hollywood

The Hunger Games hunk Josh Hutcherson was seen working the double denim look outside Sayers Club in Hollywood- yep the same club where we spotted this hottie in a Canadian Tuxedo, and from where Lindsay Lohan recently fled from her latest hit and run.

Spotted: Canadian Tuxedo at The Dime in Los Angeles

Last night outside of DJ Michelle Pesce‘s birthday party at The Dime, I spotted Gerald Gaunty in a G-Star shirt, Ralph Lauren chinos and John Varvatos shoes. If you’re in Los Angeles, you have to hit The Dime on Thursdays and see Hollywood’s hottest DJ do her thing. Does not disappoint. 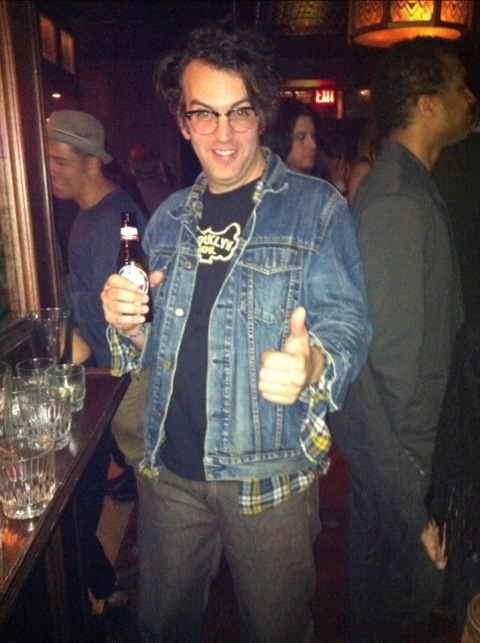 Here is Bill “Smitty” Smith, drummer in the band Truth &  Salvage Co., rocking out in a Canadian Tuxedo (Gap jacket and Levi’s jeans) at The Spare Room in the Hollywood Roosevelt Hotel. Truth & Salvage can be seen at the Troubadour on March 24 at their farewell show before they relocate the band to Nashville. With indie denim powerhouse Imogene + Willie putting out some of the best double denim looks, we think Smitty will feel right at home.

Spotted: Rosa Pullman in Canadian Tuxedo at the Roosevelt

I had the pleasure of seeing the enchanting songstress Rosa Pullman last night at The Spare Room. Loving her spin on the Canadian Tuxedo. Here she is in a girlie cropped Levi’s jacket and Garcia G. jeans. Click here to see a video of her recording “Mud and Rain.”