Some Faves From Amsterdam Denim Days 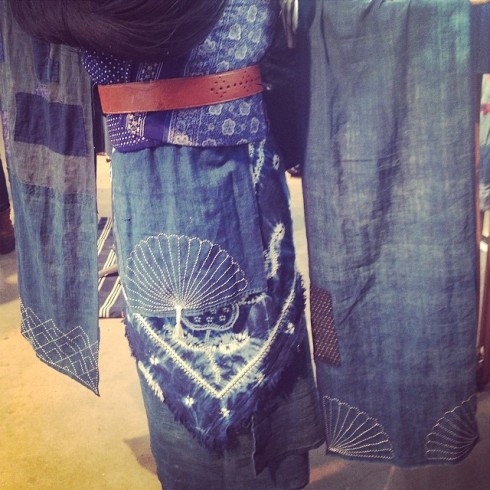 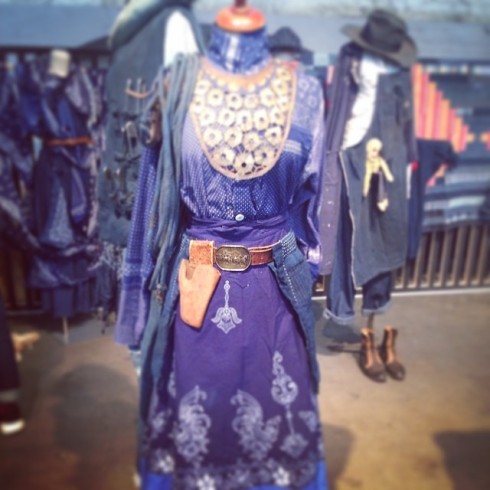 Designers Lizzie Kroeze of Facing West, and Mark Warburton of Duffy NYC, showcased some interesting denim pieces last week at Amsterdam Denim Days. The duo  design the pieces from old Japanese boro fabrics. Love these pieces as much as me (lots)? For more info and to purchase, please contact Lizzie Kroeze.

An Open Letter to Canada

It’s come to my attention that there’s a movement at Toronto Fashion Week to “redefine” the Canadian Tuxedo. Why, I ask, would you ever do such thing? I started this blog after being mocked a few years ago for wearing “Canadian Tuxedo,” a term I had never heard of but was determined to prove this look was indeed fashionable and here to stay. You should take pride in the Canadian Tuxedo as a denim-on-denim ensemble and nothing else.

I have met several Canadians who seem ashamed of the association, while others like Americans, Brits and the Dutch not only celebrate the look, but wear it far more often than your people, and I think would be proud to own the title to Double Denim look, if it’s not good enough for you.

It’s somewhat ironic that historically you have been so opposed to the look, and without that opposition, the “Canadian Tuxedo” may never have been. According to Levi’s archives, the first denim tuxedo was created by Levi’s for Bing Crosby who was denied access to a hotel in Vancouver because he and a friend were rocking all denim.

Defining a “Canadian Tuxedo” as “vegan leather pieces with a touch of plaid” is blasphemy. And Canada, you better watch out: after a recent trip to Amsterdam, I’m certain the Dutch are poised to steal the title.

Don’t be that guy who doesn’t appreciate what he’s got until it’s gone. Because America, the Netherlands, UK … even Japan are all waiting in the wings.

More Double Denim at Two For Joy in Amsterdam 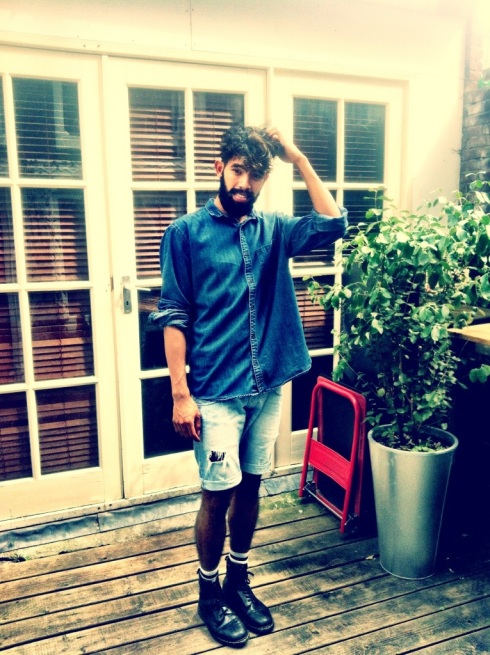 Another day, another Canadian Tux in Amsterdam. Even hiding out in the back private patio of Two For Joy Coffee Roasters (a hotbed for double denim, this barista walked by me rocking a nice Canadian Tux. I love this city! 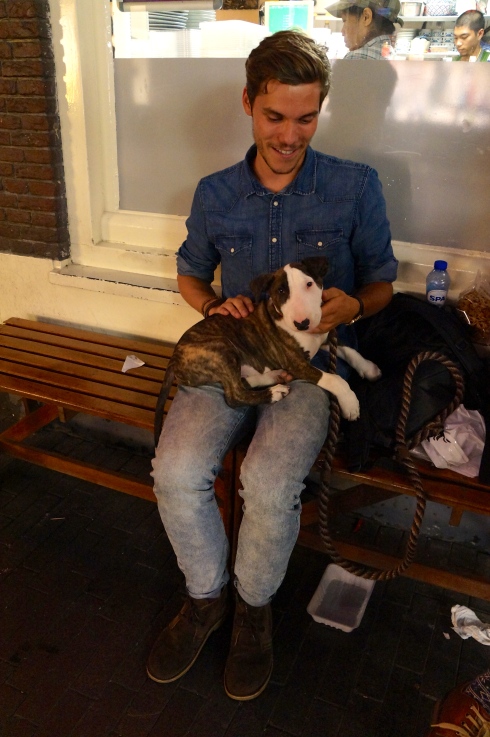 I just had to snap a photo of this Canadian Tuxedo (acid wash!!!) with his adorable Bull Terrier pup outside of Bird – Thais Restaurant & Thaise Snackbar before venturing into the seedy maize that is the Red Light District in Amsterdam.

… the Dutch may have you (and the rest of the world) on the whole denim-on-denim front. These were all taken over one cup of coffee at Two For Joy in Amsterdam this morning. And I’m not exaggerating when I say I probably only caught 25 percent of what passed me on camera. I’ve never seen anything quite like it. More to come from the Netherlands. Much more. 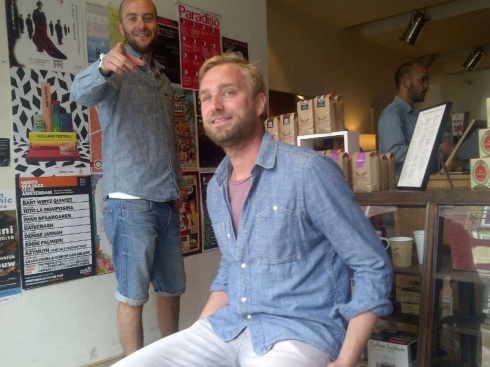 Michael van Oene just sent me this photo of his pals he’s dubbed “The Denim Boys,” who arrived at Two For Joy Coffee Roasters in Amsterdam rocking a couple Canadian Tuxedos (per usual). Birthday boy, Edgar, is upfront in a Koto chambray button down and Indigo & Main jeans. Robert is in back wearing Lee. Happy Birthday, Edgar! Now get some sleep. 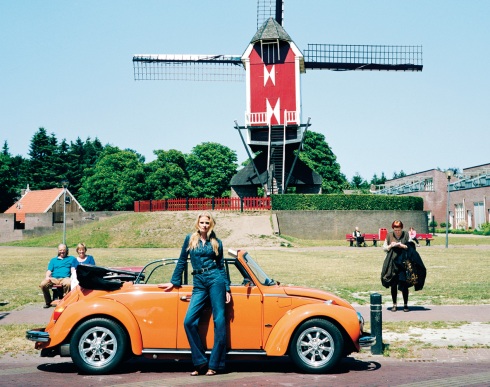 We saw this guy at the rooftop lounge at Hotel Erwin in Venice Beach. Couldn’t make out the jeans, but he was wearing a dope denim shirt by Scotch & Soda. 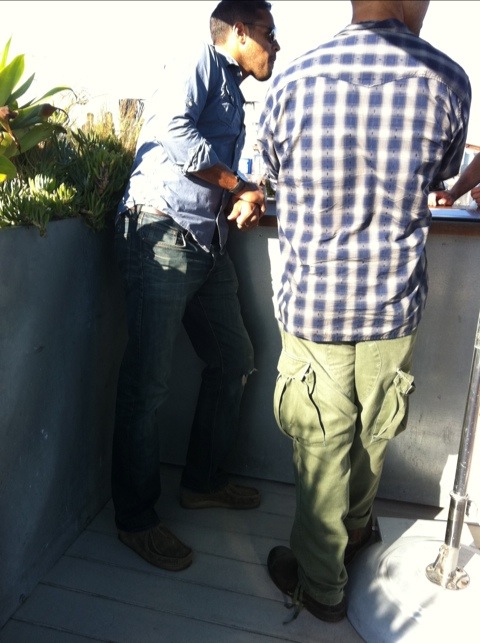