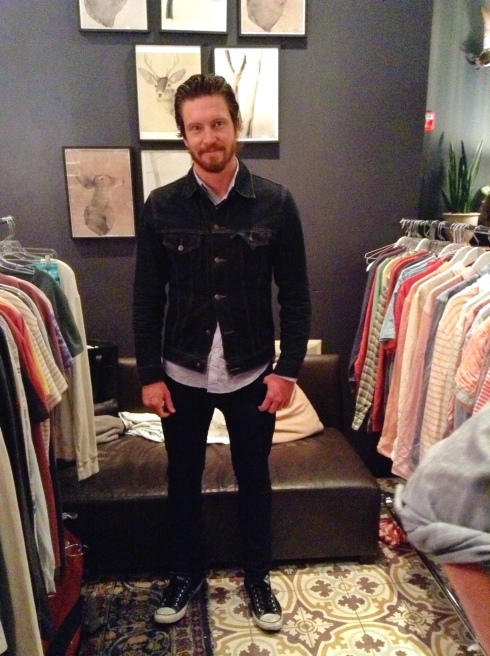 I can’t believe my last post was from Amsterdam a month ago! No, I was not kidnapped and sold into sex slavery. I’ve just been busy with travel and catching up on sleep since I returned, but I have managed to capture a couple Canadian Tuxedos in LA, like this cutie. I met actor Barrett James at the Sol Angeles booth at the Tiny Bandit Sample Sale at Palihouse a couple weeks back. Barrett was looking awfully dapper in his BLK JEANS, Levi’s jacket, shirt by J. Crew and Chuck Taylors on his feet. 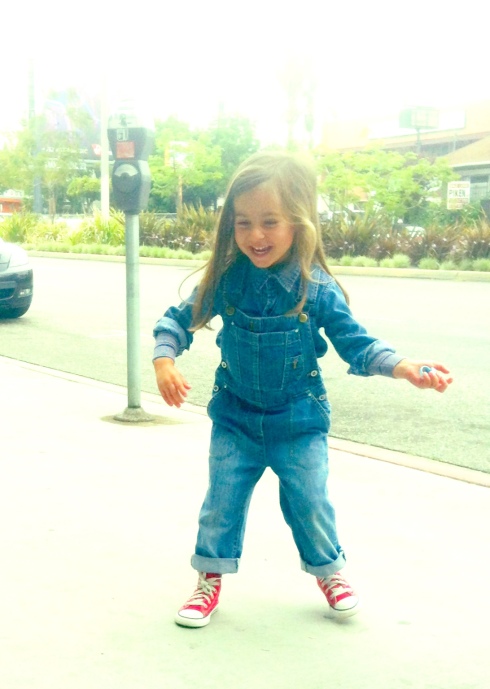 I ran into this denim-clad darling as I was coming out of Tailwaggers on Fairfax this morning. She was a little shy at first, but my dog, Rocco, got her to laugh in her Crew Cuts overalls, Levi’s shirt and red Converse high tops. Her mom assures me the whole family is into denim on denim, so let’s hope we see them again.

It’s been a while since we got a double denim pic from my hometown! Here is Sydney Federer stylin in a denim shirt from J. Crew, James Jeans and Sperry Top siders! Adorbs!

Happy 2012! Another day, another smoking hot POA in a DOPE ASS Canadian Tuxedo. This time it’s birthday boy Bob Colquhoun in TriBeCa working the double denim like it’s his job. Here he is in a Levi’s denim jacket, Dior jeans (I just passed out), a Gant Rugger shirt and J. Crew tie. Happy Birthday Bob! May you look this amazing for many more years to come. xoxo

We’re beginning to think the Canadian Tuxedo is the official uniform of NYC. Yesterday Sonia Evers – aka Runway Hippie – posted this story about wearing a Canadian Tuxedo, which she featured on Glamour’s Young and Posh. We like what you’re doing, Sonia.