I live in - and for - LA. Obsessed with my dog, social media and denim. I kick it with Hollywood Jesus, and eat like a king ... with princess portions. 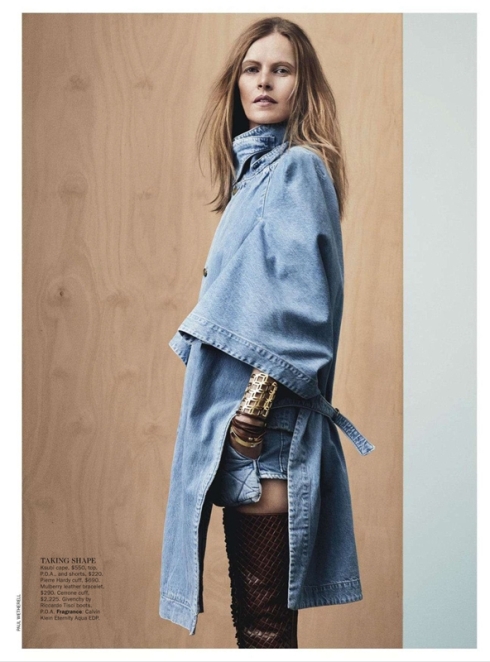 Today is Dress in Blue Day. In honor of this national day, which helps raise awareness for colon cancer, we’re flashing back to one of our favorite blue ensembles from the “True Blue” editorial, which appeared in Vogue Australia in 2013. To learn more about Dress in Blue Day and how to support colon cancer research, please click here. 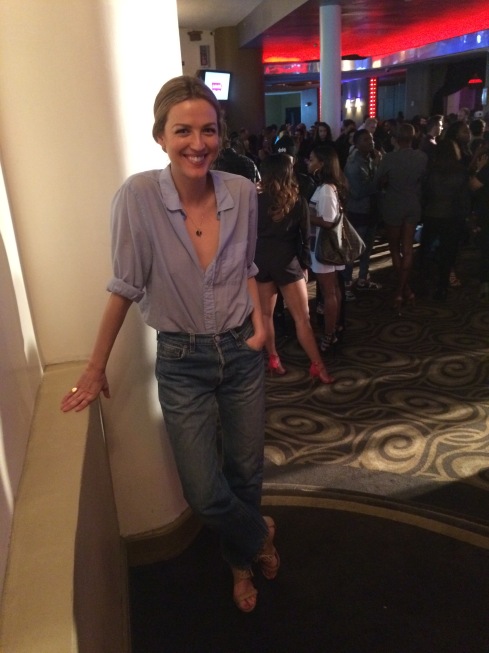 While the Internet’s a blaze with Grammys fashion buzz, we’re still drunk in love with this little number spotted at the Levi’s Pre-Grammy Party we spotted at the Hollywood Palladium on Thursday night. Pictured above is Christa Jayne of Fashion or Famine in vintage Levi’s 501s, H&M denim top and some sexy stems by Pour la Victoire.

Thank you, Levi’s, for a one-of-a-kind night, which kicked off with Diplo joined by Skrillex. Good move warming up the crowd, because next up was an epic Snoop Dogg show complete with performances by OT Genasis, Too Short, Kendrick Lamar, Miguel, Chaka Khan and Pharrell.

Deal of the Day 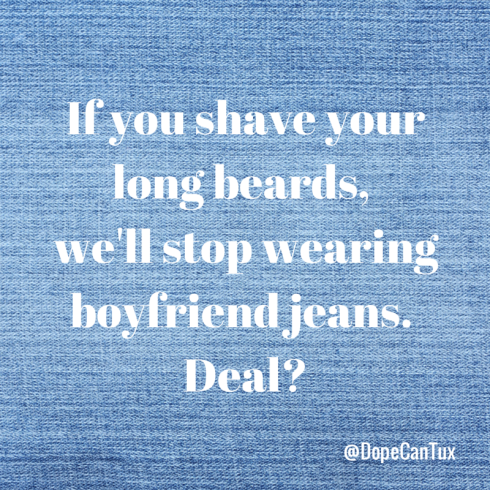 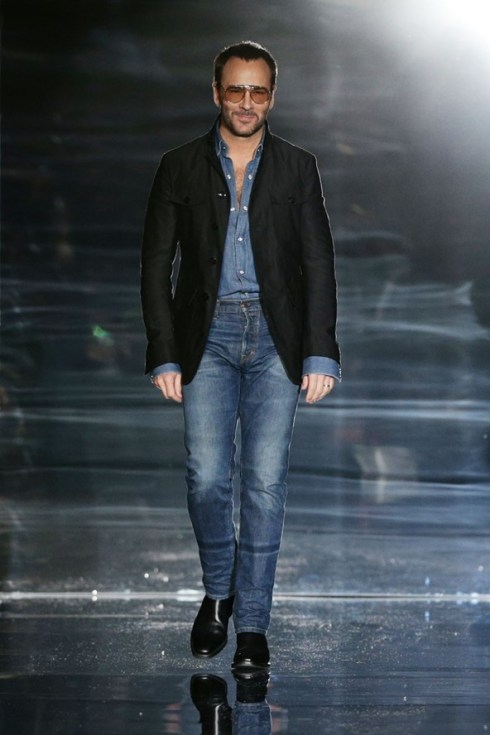 Tom Ford walked the runway in a Canadian Tuxedo at London Fashion Week, perhaps taking the torch from all the denim draped icons at NYFW – seriously, we still haven’t come close to posting all of them. We’re digging the belt-less look, Mr. Ford. Yum. 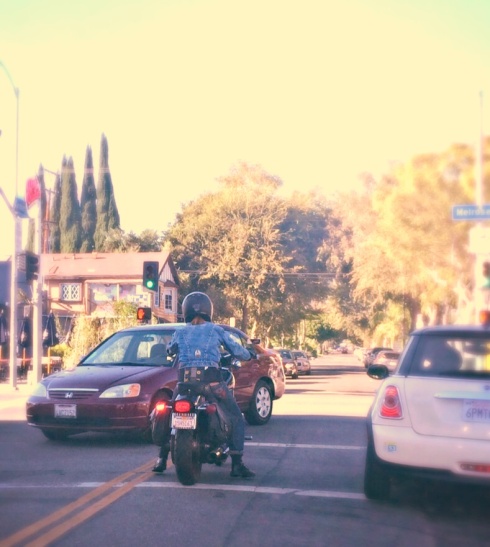 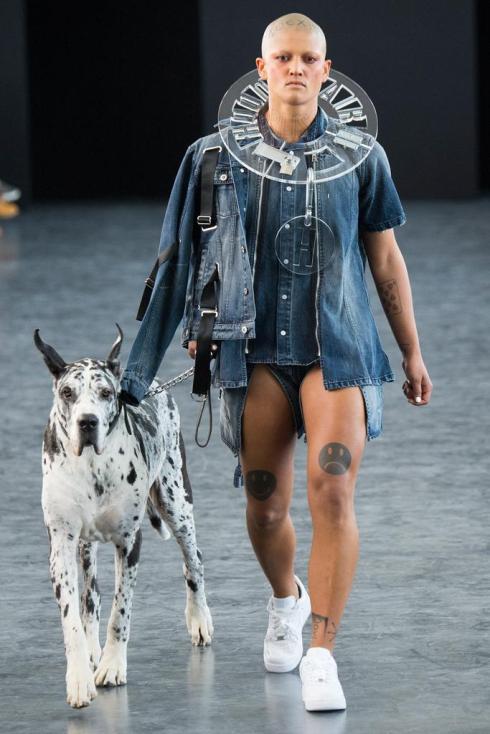 OK, maybe it’s QUADRUPLE denim, but damn us if we’re going to miss a chance at alliteration. Clearly denim was all over NYFW this season. We’ve shown you a few things off the runway: now it’s time for what was on the runway. Leave it to Hood By Air to 1. Present a totally insane runway show, and 2. Take the humble Canadian Tuxedo to almost post-apocalyptic, Fifth Element-esque levels as seen above with what we’re seeing as a Quadruple Denim getup. Gotta get up to get down, right? 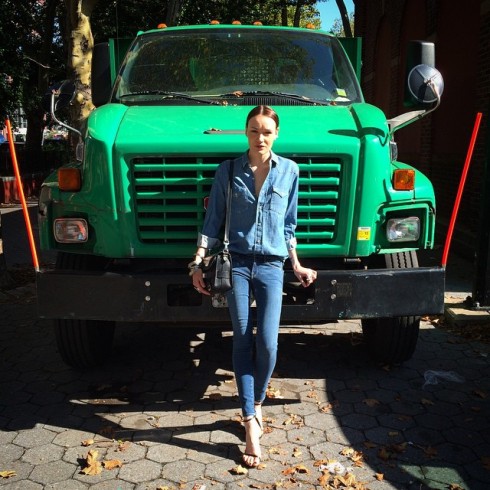 Caught this Canadian Tuxedo this morning on Instagram. Pictured above is NET-A-PORTER’s denim buyer Octavia Bradford looking effortlessly chic in denim-on-denim … now what’s that about skinny jeans being on the outs? No thank you. I’m sticking to this very flattering look. 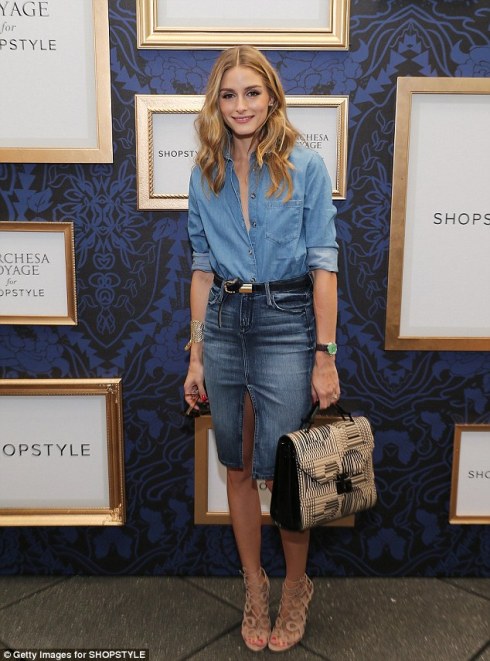 Leave it to the lovely Olivia to take the Canadian Tuxedo up a notch or ten. The newlywed fashion icon was seen in a chambray button down from Topshop and jean skirt by black orchid paired perfectly with shoes from her line with Aquazurra at the Marchesa show at Mercedes-Benz Fashion Week in New York. This isn’t the first time we’ve seen her decked in denim. 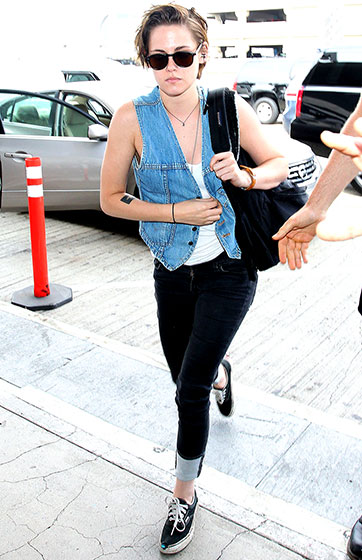 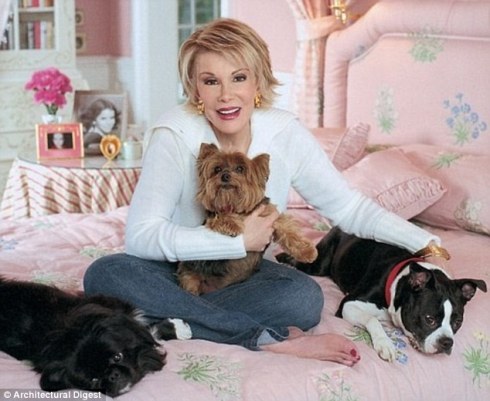 This site is a place to celebrate a look, so we rarely mock an outfit, but man are we happy someone was out there rightfully ripping apart fashion no-no’s on and off the red carpet.

I found this photo of a rarely dressed down Joan Rivers at home with her dogs in her Connecticut home from the February 2003 issue Architectural Digest. Denim and a yorkie? I love you even more.

While I’ve never seen her rocking a Canadian Tuxedo, she certainly put her name on plenty of denim through her signature line she sold on QVC.

“I said to my husband, my boobs have gone, my stomach’s gone, say something nice about my legs. He said, ‘Blue goes with everything.'”

We concur. Rest In Peace. Hoping you’re looking fierce up there with Spike and all your other fabulous dogs and friends.