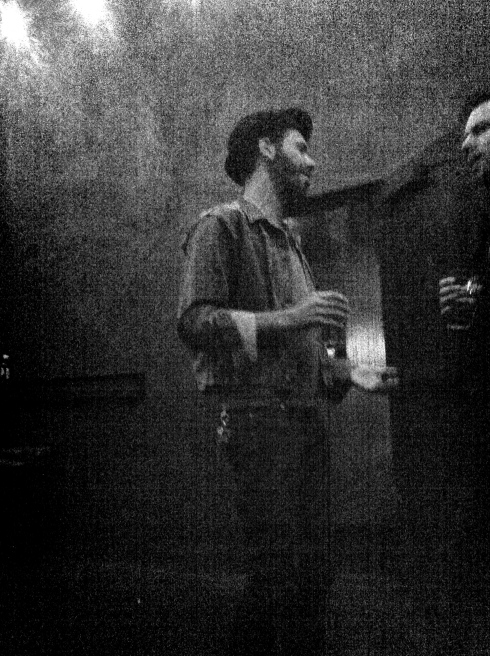 On Tuesday night I had the pleasure of meeting another Columbus ex-pat at Footsie’s in Los Angeles. I’ve written several items about how much people from Columbus, Ohio love their Canadian Tuxedos (one fan has even proposed we change the name to “Columbuxedo“). So, it was no surprise, when multi-instrumentalist Brad Caulkins strolled in rocking the double denim. Brad is seen above in a vintage Big E Levi’s jacket, a family heirloom from the early 50s which once belonged to his cousin, who died wearing it in motorcycle accident. Brad’s also wearing A.P.C. jeans.