An Open Letter to Canada 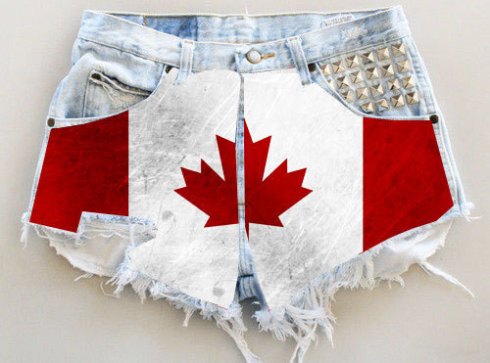 It’s come to my attention that there’s a movement at Toronto Fashion Week to “redefine” the Canadian Tuxedo. Why, I ask, would you ever do such thing? I started this blog after being mocked a few years ago for wearing “Canadian Tuxedo,” a term I had never heard of but was determined to prove this look was indeed fashionable and here to stay. You should take pride in the Canadian Tuxedo as a denim-on-denim ensemble and nothing else.

I have met several Canadians who seem ashamed of the association, while others like Americans, Brits and the Dutch not only celebrate the look, but wear it far more often than your people, and I think would be proud to own the title to Double Denim look, if it’s not good enough for you.

It’s somewhat ironic that historically you have been so opposed to the look, and without that opposition, the “Canadian Tuxedo” may never have been. According to Levi’s archives, the first denim tuxedo was created by Levi’s for Bing Crosby who was denied access to a hotel in Vancouver because he and a friend were rocking all denim.

Defining a “Canadian Tuxedo” as “vegan leather pieces with a touch of plaid” is blasphemy. And Canada, you better watch out: after a recent trip to Amsterdam, I’m certain the Dutch are poised to steal the title.

Don’t be that guy who doesn’t appreciate what he’s got until it’s gone. Because America, the Netherlands, UK … even Japan are all waiting in the wings.

I live in - and for - LA. Obsessed with my dog, social media and denim. I kick it with Hollywood Jesus, and eat like a king ... with princess portions. END_OF_DOCUMENT_TOKEN_TO_BE_REPLACED
This entry was posted on Friday, October 18th, 2013 at 1:23 pm and tagged with Amsterdam, Canada, Canadian Tuxedo, Denim, Denim on Denim, double denim, England, Fashion, Japan, Netherlands, UK and posted in History. You can follow any responses to this entry through the RSS 2.0 feed.
« Spotted: Canadian Tuxedo at Coffee Commissary in Los Angeles
Spotted: Canadian Tuxedo in Los Angeles »

3 responses to “An Open Letter to Canada”